Join us in celebration of Toronto Pride 2013, as we bring together prominent queer authors to share their works and answer your questions. This evening will support Egale Canada Human Rights Trust’s Safer & Accepting Schools Program which provides teacher and administrator training on LGBTQ safe spaces, promotes gay-straight alliances in schools, and produces resource kits on LGBTQ inclusive spaces for schools.

Tax receipts will be issued to everyone who purchases a ticket.

Farzana Doctor
Is a Toronto-based author. Her first novel, Stealing Nasreen, received critical acclaim and earned a devoted readership upon its release in 2007. Her second book, Six Metres of Pavement, was praised by Publishers Weekly as “…a paean to second chances” and was named one of Now Magazine’s Top Ten Books of 2011. It also won the Lambda Literary and Rainbow Awards (2012) and was short-listed for the Toronto Book Award. Farzana was named as one of CBC Books’ “Ten Canadian Women Writers You Need to Read Now”, was the recipient of the Writers’ Trust of Canada’s Dayne Ogilvie Grant (2011), was the autumn 2012 Writer in Residence at the Toronto Public Library and co-curated the Brockton Writers Series.

Elizabeth Ruth
Elizabeth Ruth is a writer, editor, creative writing instructor and mother living in Toronto, Canada. Her first novel, Ten Good Seconds of Silence was a finalist for the Writer’s Trust of Canada Fiction Prize, the Amazon.ca Best First Novel Award and the City of Toronto Book Award. Her critically acclaimed second novel, Smoke, was chosen for the 2007 One Book One Community program. Elizabeth Ruth’s third novel – Matadora, about a female bullfighter in 1930’s Spain – was published in Canada in spring 2013 by Cormorant Books.

Lori Horvitz
A native of New York, Lori is now a resident of Asheville, North Carolina, where she is Professor of Literature and Language, and Director of the Women, Gender and Sexuality Studies Program at University of North Carolina at Asheville. Her short stories, poetry, and personal essays have appeared in a variety of literary journals and anthologies including Southeast Review, South Dakota Review, Hotel Amerika, Chariton Review and Quarter After Eight. She is editor of the anthology, Queer Girls in Class: Lesbian Teachers and Students Tell Their Classroom Stories. This year mark’s Lori’s fifth anniversary of organizing a yearly Queer Girls Literary Reading in Asheville.

Zoe Whittal
Zoe Whittall is the author of two literary novels- the Lambda award-winning Holding Still For As Long as Possible, which was shortlisted for the Relit Award and named an American Library Association Stonewall honor book, and Bottle Rocket Hearts, which was named a Globe and Mail Best Book of the Year and made the CBC Canada Reads Top Ten Essential Novels of the Decade. She won the Writers’ Trust of Canada’s Dayne Ogilvie Award in 2008. Her poetry books include The Best Ten Minutes of Your Life, The Emily Valentine Poems and Precordial Thump. 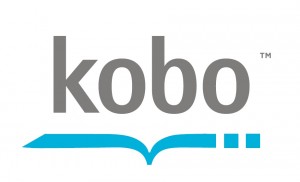